Belief Awards: find out the secrets of the wedding concepts

On every edition, Belief Awards shows the very best wedding concepts in the world. Wedding planners from all continents present their amazing work and show to do it with style. We’ve talked to all the winners from the 5th Edition of Belief Awards to learn what are their tips to create amazing weddings. See how they’ve build these amazing award-winning weddings:

The wedding planner Rui Mota Pinto knows Ricardo and Tania for a long time – he also planned Tania’s brother wedding. On this wedding, he participated of a very special moment. “The groom decided to give the ring to the bride and officialize the proposal. The groom talked to me and said that he would love to do it in the venue during one of our visits. In a special place in a tree with a swing, he asked her to sit, kneeled and asked her to marry him. They asked me to shoot it on video on my phone and it was one of the most exciting moments I lived with this couple”, tells Rui.

The couple wanted something more familiar and more ‘cozy’ for the wedding. Childhood memories were the main idea of this wedding and it was represented by Rag Dolls and Tin Soldiers. “Every detail followed this theme and everything was conceptualized to take the guests back in time to their childhood. The stylist Susana Agostinho created a wedding dress with tremendous perfection and reminding a rag doll. The decor had elements from their past and their parents’ homes that they brought me. This created a vintage twist that so much reminded everyone of ‘home’. The groom entrance  had a military trumpet and the staff’s clothes, barmans’ clothes were inspired by the theme. They also had  an animation of a living Rag doll puppet and a puppeteer Tin Soldier”, explains Rui Mota Pinto.

An Indian+American wedding by Devika Narain

Sylvia Charles and Aaron Royston decided to get married in Kerala, in Kumarakom, and asked for the help of the wedding planner Devika Narain to do it. “I was both thrilled and apprehensive. I remember googling it, and going straight to the images tab -it was so beautiful and pristine. After seeing the photos, I remember calling Sylvia at midnight in America and telling her only one thing: I don’t know how I’ll do it (I had never worked in Kerala before!) or how much it’ll cost…but I’ll do it!”, says Devika Narain.

The Indian+American couple was incredibly proud of their families and they wanted the wedding to be a melting pot of the two distinct families and their respective cultures. “The Welcome Bag for the guests was not just an afterthought – it was a revelation. It was filled with the all the things that reminded Sylvia of the days spent in her grandmom’s house. At the Rehearsal Dinner, Sylvia and Aaron embraced their American heritage with an all-white themed barbecue. Day two started with a local Kerala style lunch called Sadhya (a big lunch with over 14 dishes that everyone ate with their hands on banana leaves) at noon. For the henna ceremony, Sylvia’s friends and cousins sat in a large wooden pagoda with traditional wooden swings. The wedding started with a traditional South-Indian procession – an entrance with the traditional Kerala temple drums playing. The ceremony was officiated by Aaron’s friend, it began with a prayer by Sylvia’s grandmom. Followed by their vows and the beautiful ceremony where the elders held their hands above the couple and poured water on their head – that signified the passing of wisdom and knowledge from one generation to the other”, reveals Devika.

A bold wedding in Vietnam by HoangAnh “Jenny” Duong Vu

Thao Nguyen and Tue Nguyen got married on Vietnam and they had the help from the wedding planner HoangAnh “Jenny” Duong Vu to do it.

“The bride wanted something bold that represented her strong character. We were discussing and picking Boho-Chic with a lot of greenery at first, then meeting with the groom gave us the feeling that he wanted something neat and more traditional. So we scaled down the flower arrangements and focused on the stage and the photo corner only. To make them stand out from the garden, we decided to use red colour which resembles wealth and luck as a wish to the newlyweds on their new chapter”, says Hoang Anh “Jenny” Duong Vu.

A greek orthodox wedding in Puerto Rico by Rosalina Torres

Alexandra Beyer and Steven Carabasu live in London and they chose Puerto Rico for their destination wedding. According to the wedding planner Rosalina Torres, Puerto Rico represents for the couple a paradise of the caribbean because of their rich history and culture, great beaches and friendly people. They also incorporated puertorrican elements into their wedding. “They had a band playing popular songs from local artists in a relaxing ambiance in front of the ocean. The wedding cake had guava, a very popular local tropical fruit. The couple enjoyed the wedding from beginning to end”, explains Rosalina Torres.

The couple chose to have a greek orthodox wedding. “It was beyond beautiful. The priest integrated traditional elements like the lightning of the candles, the joining of the right hands, the crowning of the bride and groom, the common cup, among others”, says Rosalina.

Sam and Anastasia’s Love Story began in 2013 in the Dominican Republic in a surf camp – Anastasia was one of the guests and Sam worked there. The proposal happened  in the Philippines on New Year’s Eve 2016.

As both the bride and the groom are surfers, and their friends too, the theme for the wedding was “Surf. Eat. Sleep. Repeat”. With the help of the wedding planner Viktoriia Ignateva, they chose a very light, very friendly format without the classic protocol of weddings. “The ceremony was held on one of the beaches that the couple likes best (it is their surf-spot) – Praia das Cabanas Velhas. For dinner, they chose the restaurant on this beach. In order to make the dinner look more like a wedding, we asked the restaurant to make some changes in their menu and in their protocol. The decor details helped us make a romantic, light and airy touch. The bride and the groom are also great friends of nature, so we chose natural and simple materials to cause no problem for nature. For example, for the altar we used the olive branches, for the tables – stones, shells, coconuts and a little baby breath (very discrete flowers)”, says Viktoriia Ignateva.

The wedding also had lots of DIY. “The bride wanted to participate in the decorative works and prepared all the napkins for the guests with the manual coloring. During the preparations, we kept in touch with the most active friends and prepared a fun dinner program with them”, tells Viktoriia.

Fernando and Bianca met during “Las Fiestas de Quito” in December of 2014. “Bianca had not been to Ecuador in 10 years. Fernando is the childhood best friend of Bianca’s cousins on her mother’s side, whom she hadn’t seen in 25 years. Destiny brought them together and distance couldn’t keep them apart”, says the wedding planner Carolina Muzo. The proposal happened during a cruise to the Caribbean – Fernando proposed during the Captain’s Night.

The bride is American but her parents are Ecuadorian, so she decided to make all her concept around the Ecuador. “The church selected is the most beautiful in the country and one of the most beautiful in all of America, all the decoration for the church that is baroque was done in red tones. Their photo shoot was in some historical places of the capital. Every detail had to be related to the customs and preferences of the country. From food, drinks and decor had to be 100% Ecuadorian. The flowers of Quito or Nardos were used in the cake. We had different groups of Andean music for the cocktail hour, for the dinner and party we counted on recognos bands of town and contemporaneas. It was a great wedding”, says Carolina Muzo.

The wedding planner Anna Laudanska organized a beautiful beach wedding in Crete, Greece. They had a ceremony with a view of the sea and they even had a special guest for the ceremony – a charming donkey. Isn’t amazing?

What is favourite wedding concept? 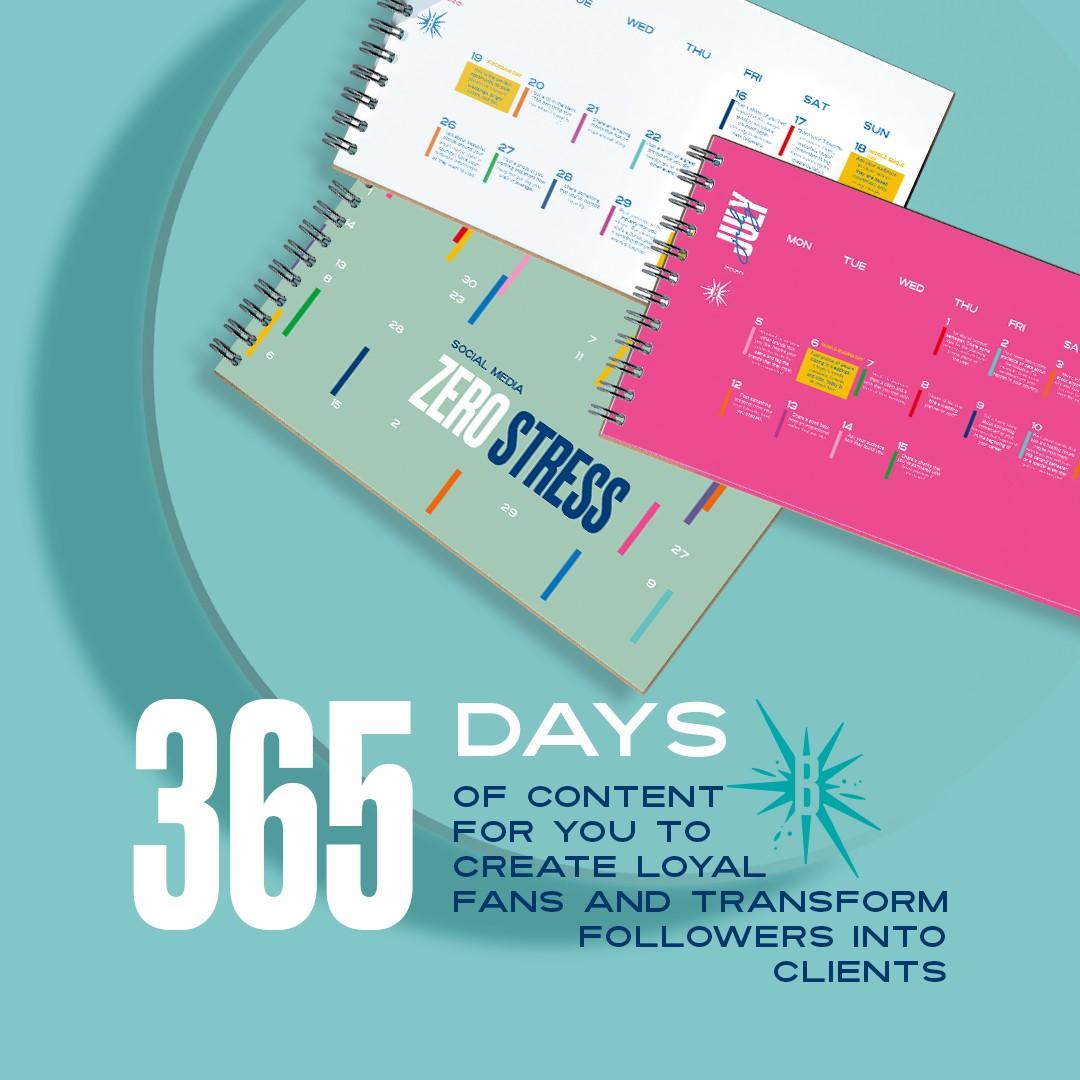